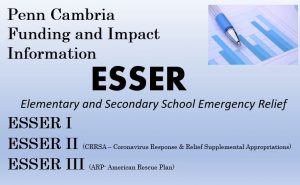 In light of Act 32 of 2008, wherein EIT (Earned Income Tax) collection was centralized to the county level, the Penn Cambria Tax Office was officially closed for business as of August 1, 2013.

Failure to receive a tax notice does not relieve a taxpayer from the responsibility of paying taxes. Nor does it relieve the taxpayer of following the discount and penalty dates as if the notice had been received on a timely basis (72 P.S. § 5511.7).

Act 32 is a law that reforms and standardizes the local earned income tax system. The appointment of collection responsibility falls on countywide committees made up of representatives from local municipalities and school districts. The committees established tax collection districts and elected tax officers to collect the Earned Income Tax (EIT) .

Please refer to the Real-time Register at the Municipal Statistics web site to correctly identify the collector of Local Services Tax for your municipality.
The Penn Cambria School District share of the LST should be remitted to the collector appointed by the municipality.
More …

If an individual is self-employed or obtains compensation other than through an employer/business entity, a Quarterly Estimated Earned Income Tax coupon must be filed with the Tax Officer for the tax collection district where the individual resides, within 30 days following the end of each quarter of the calendar year.
More …

Blair County (Tunnelhill Borough): Starting with the 2010 tax year, the Assessment Ratio will change from 75% to 100% of the 1958 Base Year Market Value and your Assessed Value will change accordingly.
More …

The Penn Cambria School District will prepare productive citizens in a safe and positive environment that promotes excellence in academics, the arts and athletics.